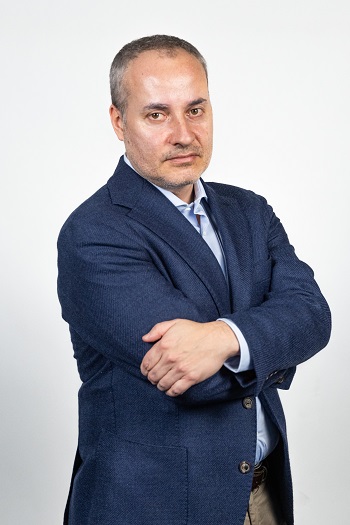 Jorge E. Viñuales is a professor at the University of Cambridge, where he holds the Harold Samuel Chair of Law and Environmental Policy, and at LUISS (part-time), which he joined in 2021 as visiting professor of international law. He is also a Member (Associé) of the Institut de Droit International, the Chairman of the Compliance Committee of the UNECE/WHO-Europe Protocol on Water and Health, the co-General Editor of the ICSID Reports, the General-Editor of the Cambridge Studies on Environment, Energy and Natural Resources Governance, a member of the Panel of Arbitrators of the Shanghai International Arbitration Centre, and the Director-General of the Latin American Society of International Law.

His ongoing research focuses both on legal topics and interdisciplinary ones relating to complexity economics, integrated modelling and sustainability policy. Some books in progress include The Architecture of Environmental Law: A Comparative Analysis (on contract with Oxford University Press, forthcoming in 2022), the WHO International Health Regulations: Analysis and Commentary (Oxford University Press, forthcoming 2022, co-edited with G.-L. Burci and G. Le Moli), a monographic course on Aggravated State Responsibility for the Hague Academy of International Law (Brill, forthcoming 2022), and a series of interdisciplinary papers published over time in journals such as The Lancet, Nature Climate Change, Global Environmental Change, Renewable & Sustainable Energy Reviews, Energy Policy or Climate Policy.

Jorge has substantial experience in collaborative research projects, including some ongoing large ones on: Managing Resilient Nexus Systems through Participatory Systems Dynamics Modelling (REXUS), a EUR 4,984,000 project funded by the European Research Council (Horizon 2020); the Economics of Energy and Systems Transition (EEIST), a £3,700,000 project funded by the UK Government (BEIS) and Children Investment Fund Foundation (CIFF). He is also involved in or has recently completed a range of other smaller research projects, including: Developing international social science research to address the Collective Action Problem of Anti-Microbial Resistance (CAP-AMR), a £200k project funded by Cambridge SHSS and Canadian Research Council; Building Resilience in a Dynamic Global Economy: Complexity across scales in the Brazilian Food-Water-Energy Nexus (BRIDGE), a £578,000 project funded by the UK ESRC (Newton Fund) and the Brazilian FAPESC; and Financial Risk and the Impact of Climate Change (FRANTIC), a
£282,501 project funded by the UK Climate Resilience Programme

Jorge has also wide experience as a practitioner, both in an advisory and a litigation context. He was associate, counsel, and of counsel with two major law firms specialised in international law for over a decade. In addition to his work for the UNECE/WHO, he has served as arbitrator, counsel, co-counsel, expert and, earlier in his career, as secretary of arbitration tribunals in inter-State, investment and commercial disputes. He regularly advises governments, companies, international organisations or major NGOs on different matters of environmental law and policy, investment law, human rights, maritime delimitation and public international law at large.

Jorge has published widely in his areas of specialty (environmental and climate change law, energy law, and international investment law and arbitration). Some representative works from the last decade include:

The International Law of Energy (Cambridge University Press, forthcoming in 2021)