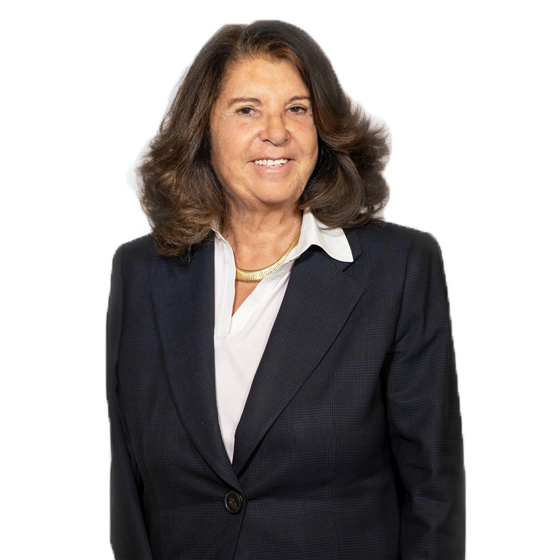 She is Professor of Criminal Law at the “Scuola Ufficiali Carabinieri” in Rome.

Since September 2021 she is President of the National School of Public Administration (SNA).

Since May 2021 she is President of the Scientific Committee (Supervisory board) of the National Recovery and Resilience Plan (NRRP) at the Italian Ministry of University and Research.

Since July 2021 she is Co-President of the Scientific Committee and National Citizens’ Representative for Italy at the Conference on the Future of Europe, and since June 2022 she is member of the Scientific technical committee of the National Cybersecurity Authority.

From January 2018 to December 2020, she was Special Representative of the OSCE Chairperson-in-Office on Combating Corruption.

She was appointed by Prime Minister Paolo Gentiloni and by the President of the French Republic Emmanuel Macron as a member of the working group in charge of drafting what is commonly referred to as the “Quirinale Treaty”.

In March 2019, she was awarded the title of Chevalier de la Légion d’Honneur by the President of the French Republic Emmanuel Macron, and in February 2019 the Memorial Gold Medal Shahamir Shahamiryan by the Republic of Armenia.

In June 2018, she received an honorary Doctor of Laws (LLD) degree from the University of Glasgow.

From the year 2016 to the year 2022, she was a member of the Consiglio dell’Ordine “Al merito della Repubblica Italiana” (Committee of the Order of Merit of the Italian Republic). In 2015 she was awarded the title of “Cavaliere di Gran Croce”.

She was a member of the “Comitato di Riflessione e Indirizzo Strategico” promoted by the Italian Ministry of Foreign Affairs and International Cooperation.

From 2014 to 2018, she was President of the “Osservatorio per il monitoraggio dell’efficienza complessiva del sistema giustizia e per la valutazione dell’efficacia delle riforme necessarie alla crescita del Paese” at the Italian Ministry of Justice.

From November 2011 to April 2013, she served as Italy's Minister of Justice in the Cabinet led by Mario Monti.

From 1997 to 2001, she was Vice President of the Council of the Military Judiciary.

She has participated in and coordinated research units for national and international projects.

She is a member of the Scientific Committees of: Fondazione Cassa Depositi e Prestiti, “Centro Alti Studi” at the Italian Ministry of the Interior, Fondazione Occorsio, Osservatorio Ethos, Luiss Open, Arel, Eastwest.

She is a member of the legal-ethics Committee of the “Arma dei Carabinieri”, a member of the Board of Directors of the “Fondazione Cortile dei Gentili”, and Honorary President of the Women4Cyber Italy Association.

She is member of the General Council of the Italian Chapter of ICON-S, of the IAI – Istituto Affari Internazionali Board of Directors and of the Executive Committee of The Council for the United States and Italy.

She was a member of the editorial staff of the Enciclopedia Giuridica Treccani and of the journal “Banca, borsa e titoli di credito”, and is currently a member of the Scientific Committees of the following journals: “Archivio penale”, “Rivista della Guardia di Finanza”, “Rivista del diritto della navigazione”, “The Future of Science and Ethics”, “Sistema penale”,

“Diritto dell’Internet” and “Notariato”. She is also a member of the Editorial Board of the journal “Diritto Penale Contemporaneo – Rivista Trimestrale” and President of the “Comitato tecnico-scientifico” of the journal “Rassegna dell’Arma dei Carabinieri”.

She participates as a speaker in numerous national and international conferences on criminal law, business criminal law, and cybersecurity.

As a criminal lawyer admitted to practice before the Court of Cassation, she provides legal advice and defense in the field of Business Criminal Law.

In 1975 she became a Full Assistant Professor at Sapienza University’s II Chair of Criminal Law, where she served until 1987.

In 1983 she was awarded a fellowship at the Max Planck Institut in Freiburg i.Br.

After qualifying as an Associate Professor in the first round of the election procedure, she took service in this capacity in 1987 at the Department of Economics and Business, University of Perugia, holding the Chair of Business Criminal Law. In 1995, she won the national competition for Full Professor, holding the Chair of Criminal Law at the University of Perugia. In 1998 she moved to Luiss University, where she still teaches.